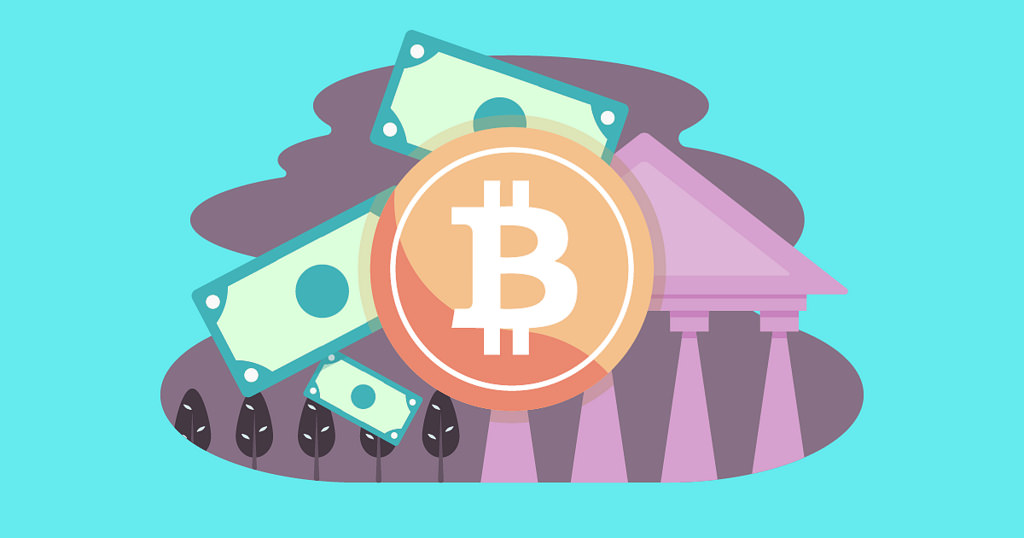 Here we are in the end of 2018 ,the world and its intelligent beings a.k.a humans have come a long way since its inception. In this protracted journey, things have changed, people have changed, mindset has changed , industrial revolutions have taken place, wars happened , leaders rose, leaders fell. All this happened but one thing hasn’t changed. Money.

Money never lost it’s importance or influence. In an uncertain world that exists today, money decides who wins and who loses. 2017 saw an economic revival happening all over the world when a digital currency a.k.a cryptocurrency that goes by the abbreviation BTC became the hottest and the craziest property. Millionaires where born out of thin air all around the world.

To put in simple terms, Bitcoin was an earthquake followed by a tsunami that left a drastic impact on the financial world. While writing this, I look back at the time when I was planning for a trip to Jiuzhaigou National Park, China and later decided to drop it, as the park was still trying to get back to it’s normal state after suffering from a massive earthquake.

After the blockchain earthquake, there were tons of people who searched the internet and found the blockchain dictionary. They then have memorized terms like blockchain distributed ledger technology peer 2 peer and have incorporated them into their corporate meetings, tech evangelistic talks, the boring ‘we have to innovate’ meetings in MNCs.

This blog is not meant to be a learning place on what blockchain is or what bitcoin is. There are literally thousands of articles like blockchain 101, Anatomy of a block and etc where they teach you what a bitcoin is or a blockchain is. This blog emphasizes more on the subject

What happened to the financial and corporate world after bitcoin or should I say the invention of blockchain ?

To get a clearer understanding, let’s go through some facts and info’s before we find out what really happened. 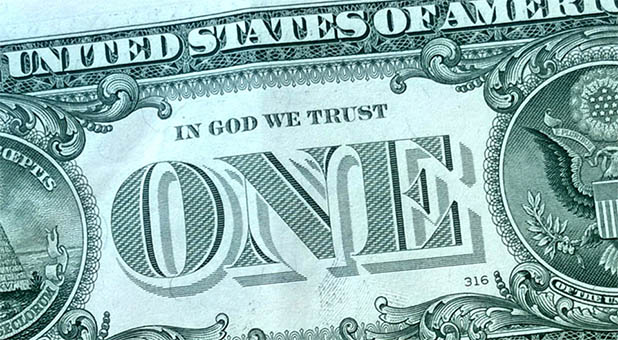 The greenback says in bold capital letters ‘IN GOD WE TRUST’. The greenback is one of the most widely used currency in the world. The trust for the greeenback has always been collosal and it’s unofficially the official currency of many nations including Cambodia, Zimbabwe and etc. Almost every country accepts the greenback because they trust it, but looking back on it’s caption what does the greenback trust ?? GOD.

Myself being a religious person, I cannot help but say that one of the ten commandments is

The greenback has been widely used for terrorism funding ,illegal gambling ,prostitution and almost every illegal activity on planet earth. When you use a greenback for such illicit activities, it leaves a trace when you make payments through bank transfers, e-payments on the bank’s ledger book. That’s enough information for now. Let’s have a look at what the banks do.

The ‘trace’,‘relic’ or ‘footprint’ that we talked about earlier is what makes entire financial system to work efficiently without losing track of money. The so called trusted institutions, a.k.a. the banks, make sure to record each and every transaction undertaken by a customer in a ledger and in case a dispute arise, they simply refer to their core banking systems to resolve the dispute by checking this trace of the transaction. It’s as simple as that. The customers trust these banks with their money and banks provide the services to customers. And to ensure these banks don’t go crazy with all the money that the users are entrusting the banks with, we have financial regulators as watchdogs who are always having a look at the bank books for this reason.

Overall, everything works for good for both parties. It’s a win for the customer and a win for the banks. Who doesn’t love a win-win situation?

But there appears to be a certain dilemma with this whole win-win situation between the bank and the customer. The bank and the regulator knows what the customer is doing and who he is dealing with. They are watching over what you are doing(loans,trade), how much cash you have in your account(savings), where you are shopping(credit cards), and what type of people you associate with (transfers). 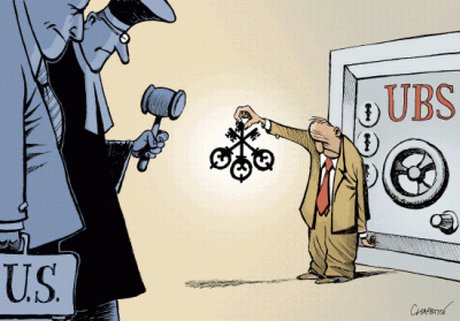 In case you are doing any criminal or illicit activity with the paperback, the above picture will explain what I am trying to say.

The founders of the infamous currency Bitcoin had been observing all these constraints placed by the financial industry and wanted to do something about it. If you had ever gone through bitcoin's source code, one thing you would be amazed is the simplicity in the design and the architecture of the software. They wanted to create a currency which can achieve the following.

Now, when you hear that governments and regulators are doing a crackdown on cryptocurrency exchanges, you know why.

Bitcoin was and has always been associated with illegal trade, weapons buying/selling , gambling, and other illicit activities.

"We find approximately one-quarter of Bitcoin users and one-half of Bitcoin transactions are associated with illegal activity. Around $72 billion of illegal activity per year involves Bitcoin, which is close to the scale of the US and European markets for illegal drugs"“

Bitcoin, apart from it’s illegal use, proved something that appalled the entire financial world which is,

There is a future for finance, economies, and the world without banks.

Before you start arguing and dispose of my above statement, pause a minute and think about it. Bitcoin proved there was no need for banks. It also stood the test of time and the technology itself is the most battle tested in the world right now. A couple of programmers disguised under the name Sataoshi Nakamoto achieved what banks with enormous IT budgets and high-tech infrastructures couldn’t do.

If I were to say “Blockchain is the foundation upon which the future financial industry will be built.”, it wouldn’t be amiss. 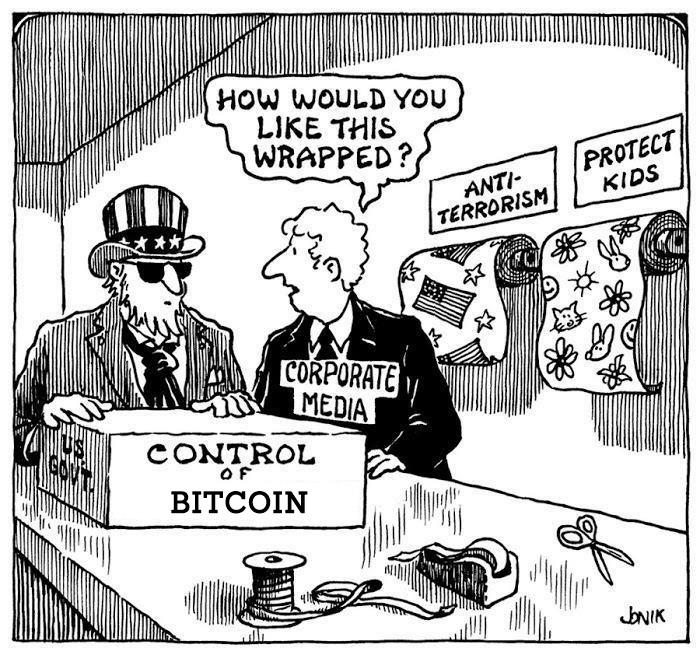 The above picture tells 1000 words about what governments are doing to control the bitcoin influence on their economies.

A foolproof battle tested technology such as blockchain can cause a disruption to the entire world. Any guess what the multinational corporations do when they hear that a disruption like blockchain is likely to happen?

They all claim that they have mastered the tech and start filing their patents to attract potential customers.

If consultants start coming into your company with well tailored suits, their leather boots and start throwing words like ‘cryptography’, ‘blocks’, ‘distributed ledger technology’, ‘future’, and etc it is highly likely they still haven’t acquired enough knowledge on blockchains, but are very interested to empty your organisation’s pockets for them to carry out their blockchain relarted experiments.

Blockchain and Bitcoin was an innovation by simple techies who wanted to gain control over their money, transact without the need for a 3rd party to control them and expose their transactions to the government. The old proverb reads ‘Necessity is the mother of invention’ and these guys had a necessity and they went on and invented it. Multinational corporations at this point of time still don’t have the right direction of how they would want to make money out of this new technology as blockchain itself eliminates the need for the biggest corporates of every country, THE BANKS.

This is not a new thing and it somewhat goes back to the proverb ‘Every good run comes to an end’. Banks, your end starts here.